The Office of Tax Simplification (OTS) released the second part of its investigation into simplifying inheritance tax (IHT) in July 2019. 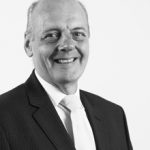 The unpopularity of IHT appears to be reflected in the consultation which led to an “unprecedented level of engagement” with nearly 3,000 responses to an online survey.

To recap, IHT is levied on the assets of someone who has died after deduction of their liabilities, such as a mortgage. The tax can also apply to some lifetime gifts and trusts.

Many more people have a fear of their dependents having to pay IHT than the number of those who actually have to do so. Each year about 250,000 estates have to submit IHT forms which result in no payment being required. These requirements, coupled with the complexity of gifting and taxation rules over many years, have added to the confusion around IHT and, its reputation as the most hated tax.

Against this background, the OTS was set a task – to come up with a report “Simplifying the design of Inheritance “Tax” and focusing on three key areas;

Various Lifetime Gifts exemptions have been in place for over 25 years. The OTS want to create a package to replace the annual and marriage/civil partnership gift exemptions and, to reduce the “seven year” rule to just five years. However, the “taper relief” will be scrapped and, the OTS is also looking to abolish the 14-year rule.

They have also looked at the interaction between CGT and IHT. They have recommended the removal of the capital gains uplift on death when relief or exemption (e.g. inter-spouse) from IHT applies, leaving the beneficiary treated as having acquired the asset at historic base cost of the deceased.

The OTS has additionally considered the implications for businesses and farms. There are specific reliefs that operate to provide relief from IHT on agricultural property or certain business assets by reducing the value of the property transferred by either 50% or 100%. The aim of these being to help prevent the break-up of farms or businesses on the death of the owner.

In advance of the report being issued there had been concerns that the OTS might recommend abolishing these reliefs. However, the report uses HMRC data to demonstrate that the extra tax raised by abolishment would not give rise to any meaningful potential reduction in the overall rate of IHT. In summary the lack of any suggested changes here is considered good news.

However, the report does mention a number of possible options for reform. These key recommendations are in respect of Business Property Relief (BPR) where there are inconsistencies between tests that are applied for BPR and, the equivalent tests that are applicable to Capital Gains Tax (CGT) reliefs for business assets (either gift holdover relief or entrepreneurs’ relief).

There is a welcome recommendation for Life assurance contracts, such as Term Assurance, in that there is a suggestion that the death benefit payments will be free of IHT on the death of the insured life, without the policy having to be written under Trust.

In conclusion the OTS has suggested there is no timeline on implementation of any of the recommendations made. Given the current political climate and other proposals around IHT reform/replacement from various quarters, future legislation seems as likely as it is unpredictable.

Richmond House offers specialist advice in this area based upon current tax legislation and our specialist team offers “no obligation” review of your future succession planning needs.

This information is provided strictly for general consideration only. No action must be taken or refrained from based on its contents alone. Accordingly, no responsibility can be assumed for any loss occasioned in connection with the content hereof and any such action or inaction. Professional advice is necessary for every case. Based upon our understanding of UK tax law at August 2019. The value of investments can fall as well as rise and you may not get back the full value of your investment